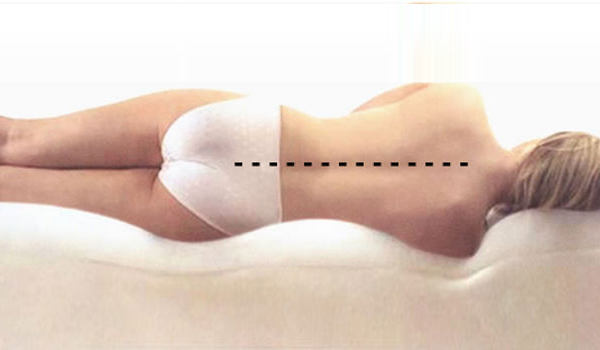 What is memory foam?

Memory foam (also known as temper foam) is a soft type of material which is sensitive to temperature or pressure. It has the unique ability to reform itself when weight or heat is exerted on its surface. This type of material is commonly used in beds, seats and in protective equipment, such as helmets.

Memory foam was first produced in 1966 as part of the NASA space programme. This new form of “spring back foam,” was developed by engineer, Charles Yost and scientist, Chiharu Kubokawa. It was used to provide extra comfort for their astronauts, mainly by padding their seats in spacecraft to help deal with the pressure and forces encountered beyond the earth’s atmosphere. The following year, Yost set up his own company, Dynamic Systems Inc, which started producing this material for whoever required it.

One of his customers in 1974 was Beckton-Dickinson, who was interested in using the material inside football helmets to help protect the player’s head from the impacts endured in the sport. He ended up selling the business to them and they expanded its use to other products.
Memory foam could also be found in aircraft seating during the 1970s when commercial flights became popular.

By the 1980s the production of memory foam had become cheaper and more affordable to use in more products. Some companies still avoided it as there were still some difficulties in mass producing the material. One Swedish company, Fagerdala World Foams saw the foam’s potential in bed production.
In 1991 the Tempur-pedic Swedish mattress was launched, the first to be made with memory foam. This new idea of using memory foam on beds was extended commercially too. This material is now a common sight in hospitals, where layers of it are used to give patients extra comfort in their beds to protect them from sores and other defects caused by being bedridden. The material has been developed further in the 21st Century, making the foam mould itself to the body of the person, providing extra comfort and protection to its user.

How is Memory Foam made?

Memory foam is a combination of a polyol, dissocyanate and water. This creates a mix, which when heated, rises like bread, creating an open cell structure. This allows it to regain its shape when pressure is put on, due to the increased airflow through these cells.

How memory foam is graded

The properties of the memory foam can be graded in four ways:

The foam can be made at different densities, ranging from 1-7lb. The higher the density the harder it is to make an indentation in the foam. Most quality memory foam for beds are made at around 5-6lb, making it more likely to form around the contours of an object which exerts pressure and heat onto it…i.e a person. This technology forms the basis of tempur mattresses on beds and pillows. The thickness of the foam is also important. In order to carry out its comforting properties it must be between 1.5-6in thick.

How easy it is to make an imprint on the foam. The more amount of pressure needed to create an indentation the higher its ILD rating and the harder the material.

This is how springy the foam is and the speed in which it re-forms to its original shape after heat or pressure is imparted on it. If a ball is dropped onto the foam’s surface, how long does it take to remould itself and how far would the object rebound off its surface? The harder the surface the further the ball will rebound off it, the smaller the indentation on the foam, then the less time it takes to go back to its original shape.

This is how far the foam can be stretched, which is measured in pounds per sq inch.

Since its first development by NASA in the 1960s the make-up of memory foam has been changed and adapted to create a better product and to eradicate some of its deficiencies.

Too hot and flammable- One drawback of memory phone has been that it can become too hot and indeed emit toxic fumes if ignited. Modern designers have developed ways to add extra airflow channels to the material and integrate cooling materials to reduce the risk of fire and divert sweat away from the body. When used in shoes an antibacterial layer is added to help keep the material cool and odour free.

Not environmentally friendly: Bio green Memory foam has been developed which eliminates some of the chemicals and gases found in the original one.
The invention of memory foam has revolutionised the way we sleep, providing comfort and support to quality beds throughout the world.